Several prominent technology and other generic news websites have witnessed a significant fall in their Google rankings after the search engine giant unveiled its ‘Panda’ update. It intends to demote those sites apparently scraping subject matter from others, to the Google users. The recent update demotes Ciao, owned by Microsoft.

The game of Google search rankings

Search engine optimization (SEO) specialists constantly keep a tab on sites appear where and on which keyword based searches, and can monitor the effects of major changes to Google’s algorithm. According to them, for sites that heavily rely on Google traffic flow, disappearing from the top pages of its relevant search results – usually the point at which most searchers invariably give up – can make a major difference to business survival and financial growth.

As one SEO expert perhaps rightly pointed out, most Google results are nothing but a zero-sum game, in backdrop of other websites that have gained at few other’s expense that have been severely hit by the latest reordering. They fall down dramatically in rankings on a specific set of key terms – and so their online traffic flow derived from popular search results comes down.

Many site owners are ‘puzzled’ and ‘perplexed’ by Google’s action, hoping that the aftereffects won’t be too drastic since a chunk of their traffic comes from it”. They are not being able to fathom clear reasons why their sites are being ‘targeted’ even though they put up original content. It would have been acceptable if they had copied & pasted text or were an aggregator of content. But many claim that they try to put up the best content and yet have been penalized.

What should be your strategy?

As the search engine giant claims, it’s starting to incorporate data, in some high-confidence scenarios, about the websites users block into its algorithms. The change will dig deeper into the ‘long tail’ of low-quality and low-impact sites to offer better results wherein the algorithm perhaps had earlier failed to make a correct assessment.

As a site owner, your strategy should be to adhering to Google’s quality guidelines that it sticks to for the purpose of finding, indexing, and ranking sites. I recommend that you follow these guidelines and guard against practices that may make Google penalize your site.. 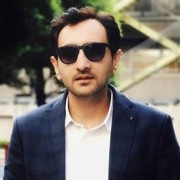